Ownership of the Recruiting Process 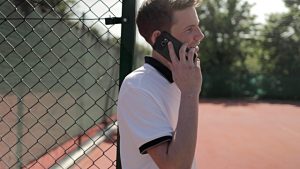 One of the most consistent messages we hear from college tennis coaches about the recruitment process is that they wish that student-athletes would take more ownership of their own recruitment.  Coaches often perceive the initiation of contact and the following consistency of communication from a recruit as a mark of maturity, independence and sincere interest in the program.  Working with a player directly gives coaches very valuable insight into how that individual may work within the team’s system, both on and off the court.  To most coaches, taking ownership of the recruitment process is a suggestion that the player may possess motivation, confidence, and care which are highly desirable characteristics of a future team member.

No matter how many times this message seems to be shared, coaches report that they often have to manage player communication amidst heavy parental involvement in the recruitment process.  This forces coaches to assess a player’s potential contribution without surety that they are dealing with a player who is truly interested, desirable and capable of being a responsible team member.  Examples of “red flags” prompted by parental involvement can be very subtle or overt, from sending an introductory letter on a player’s behalf to speaking for a student when sitting in on a meeting with a coach.

Across the board, it is understood that a parent’s intentions are good when helping to guide a player’s recruitment.  Parents most often cite student athletes’ demanding schedules with school, training, test prep, etc., as their reason for wanting to help.  Having been an important part of a student-athlete’s development until this point, it is natural for parents to transition to providing significant aid in this subsequent part of the journey.  From the coaches’ perspective, however, college life (particularly the life of a collegiate student-athlete) is busy, too, and presents significant challenges to time and task management.  Coaches know that they will be spending a lot of time with the student-athlete (likely more than any other professor or administrator on campus!) and depending on them to be a reliable and productive part of the team, both on and off the court.  Outside of monitoring a player’s rankings and results, coaches want to get a sense of how a potential team member may manage themselves both practically and emotionally when presented with challenge and adversity.  Certainly, students of recruiting age don’t often have the highly honed skills or experience in managing a process like this, but coaches feel as though this a great opportunity to start developing and practicing those skills.

An esteemed Ivy League coach presents this mindset as follows:

“Although all coaches want successful teams, our real goal is to use our tennis team as a vehicle for preparing our players to handle the challenges that they will face after college.  We all want to find players for our teams who have the maturity and ability to take responsibility for themselves.   First, because it helps them to become valuable members of the squad.  Second, because it helps them develop into young adults who can successfully manage a full academic, athletic, and social schedule.  The college application process itself – sending out resumes, communicating with the coach, arranging visits, making travel arrangements, collecting information, etc. – is the ideal time for your son or daughter to demonstrate to coaches that they have this quality!” 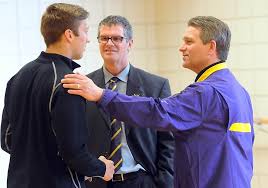 It is important to understand that when a coach desires a player’s ownership of the process, it is not a suggestion that parents have no interaction with the program or throughout the entirety of his or her recruitment.  On the contrary, many coaches feel as though getting to know the family on some level also provides insight into a player’s background, development, and character.  Coaches oftentimes like to get to know the parents or family of a high-priority recruit to start establishing the bonds and a level of comfort for a potentially long-term relationship.  Finally, many coaches, especially if in a parental role themselves, understand that it is unrealistic that a parent or guardian will have no role in a player’s thought process and decision making when it comes to a major life decision such as the selection of a college.

Parents will ultimately have some type of relationship with the college coach of their child, but it will be a different and separate relationship than will develop between the player and the coach.  A player will be on the team, and a parent will not, so by definition, the context of the relationship with the coach will be different and should be treated that way.  Student-athletes will be acting on their own accord and will not simply be an extension of their families.  A parent’s involvement should never diminish a recruit’s opportunity to have his or her own voice, address his or her own questions, or develop his or her own relationship with the coach.  Likewise, it should not be used as an opportunity to discretely (or overtly) “sell” the player.  We recommend that parents use restraint and good judgment in the amount of communication with the coach about their child.  An occasional e-mail or phone call is reasonable over the course of the entire process, but more regular weekly or monthly contact is certainly not necessary, nor desirable.  By extension, the same restraint and judgment should be used once a player is on a college squad, especially when it comes to issues such as coaching approaches, line-ups, playing time, etc.

There are some pretty clear “do’s and don’ts” for parents and recruits which can significantly impact the success and enjoyment of the recruiting process, for all involved: the recruit, the family and the coach.  Coaches garner a lot of comfort when certain benchmarks are met by the recruit:

“Red Flags” are raised for coaches when:

After articulating a long list of do’s and don’ts, it is important to note that many recruits and their support systems manage this process seamlessly.  In evaluating the proper balance of ownership in the recruiting process, instinct plays an important role.  If a recruit or parent is feeling uncomfortable or uneasy about the other’s level of participation or initiation, there may be something to that!  In a competitive setting like college admissions and athletics, some parents are responding to a stated (or unstated) pressure to do whatever they can to push for their child’s advancement.  They perceive not “selling” their child as a disservice.  But, parents who feel discomfort in the potential of being overbearing and hindering should be cognizant of that instinct.  Even with very little parental involvement and primarily student driven ownership in the recruiting process, and some reliance on the lead of the coach, wonderfully successful college placements happen all of the time!

All in all, the recruitment process should provide a wonderful, exciting and fun opportunity for a recruit to imagine his or her desired future and step forward to showcase his or her best and real self in an attempt to reach that goal.  It is important to stimulate confidence in these college bound players, reinforcing that just as they succeed on the court, they can transfer similar elements of time, work, dedication and courage to this next competitive phase.  There is no question that the recruiting and application process and all of its requirements and expectations can be very demanding and sometimes intimidating for a college bound student-athlete, and it is natural to want to be a child’s best cheerleader, assistant and protector.  However, as one Division 1 coach of countless stellar recruiting classes stresses to all parents going through college tennis recruitment with their kids, “You will be most effective when you realize that you can best “help” your children by stepping back from the process, being ready to listen and suggest thoughtful questions that may help them get the information they need to make the sound decisions about the next phase of their lives.” 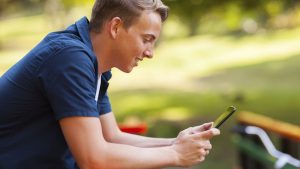