Understanding the Initial Transition to College and College Tennis

GREATEST CHALLENGES OF THE COLLEGE TRANSITION

Part 1 of this informational series addressed central concerns related to a scholar-athlete’s general transition into college. In continuation, Part 2 hones in on the most prominent challenges which current first-year students across the divisions, surveyed by DTS, reported facing on a consistent basis.

In this interview project, college freshmen were asked to identify specific challenges that the transition to college posed not only for their role as a student but as a collegiate athlete as well. 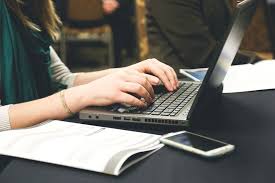 Time Management:  Without question, the single greatest test for first year scholar-athletes was time management. Most players acknowledged a tougher academic workload from the start of college, but the larger issue was scheduling the time to address that workload.  In interviewing new college students, we heard stories of planners completely filled with a myriad of academic responsibilities like classes, homework, study groups, labs. Added to that were the other priorities like practices, matches, team meetings and activities, PT and trainer visits.  Then came the fun social events which are a central part of the college experience and individual growth. Some players even lamented schedules which made it hard to fit in physical, mental and emotional necessities such as getting full nights of sleep, finding time for meals, staying fueled and hydrated, having some “chill” time private quiet time, or even calling home.

Team Travel:  Across the divisions, the players identified managing academics around team travel time as the most challenging aspect of the college time management.  Some players noted that work would inevitably build up when teams were fully engaged in trips for tournaments or matches. When those events would happen on weekends, teams got back to campuses sometimes as late as Sunday night, and most students faced common Monday due dates for work.  Managing that timeline proved difficult.

Freedom and Flexibility:  The amount of individual freedom to manage time and academic responsibilities was a double-edged sword for some of the college freshmen.  While the opportunity to choose one’s own classes and study program was described as exciting and even freeing, the flexibility also allowed for mismanagement of free time.  This is where some students admitted mistakes were made (albeit valuable mistakes for future planning). They confessed that being unscheduled or unstructured around academics could easily lead to the sense that there was more time for naps, hanging with friends, etc. than was really available.  They expressed surprise at how quickly one could fall behind academically, and how hard it was to catch up and keep up once that happened. It was with this realization that they actually expressed gratitude for elements of college life that were structured and planned for them such as class times, practices, matches, study halls, team events, etc.

When addressing the collegiate tennis experience, management of the more physical and practical tennis expectations were noted as significantly more challenging than the social team building piece.

The Team Experience:   Most of the interviewed scholar-athletes said that fitting into the team culture was mostly seamless.  With all practices, matches, and team events being clearly built into the schedule, it did not require extra planning on the student’s part to organize team time.  Upperclassmen and coaches were responsible for welcoming new players, sharing expectations, and guiding the team culture; therefore, simply following suit with team procedure did not require major effort.  The shift from individual sport to team setting, and understanding the role of seniority on a team or playing (or not playing) for the overall benefit, did present the need for some mental and

emotional adjustment from junior tennis.  Additionally, sacrificing some desired college experiences such as certain classes and activities, club participation, or even visits home was identified as one of the challenges associated with tennis. Nonetheless, players noting those drawbacks still acknowledged t

he benefits and unique opportunities associated with team participation outweighed any setback.  It was the physical tennis performance piece which claimed most players attention. 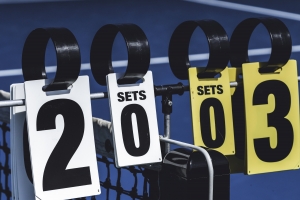 Tennis Intensity: Assimilation into the team social setting did take some work, but not nearly as much as the training and competition piece.  How well a new player assimilated with the team was important for the working team culture, but most new players asserted that how well they performed in matches, or what position they played, quickly surpassed the importance of “fitting in”.  Not only were college training sessions generally seen as harder and more intense than in most junior tennis settings, but there was added competition and pressure to “keep up” with older and more experienced teammates who already had, and understood, the base level of fitness and training.  In some circumstances, it took quite a mental and emotional adjustment to get comfortable with the priority of grinding matches out for the team even when one’s individual performance didn’t look good. The pressure to perform well for teammates and coaches in the name of the school clearly required the consistent commitment of time and effort to step up one’s level.  But, that time and effort was not always easy to generate.

Self-Reliance:  The need to make a personal commitment to “up one’s game” can be difficult in the overall college setting.  Given the aforementioned time management challenges, there isn’t always an abundance of time to get the individual attention to “clean things up” if there is a glitch in one’s game.  With many coaches dealing with a roster full of player’s individual needs, and focusing on team strategies for match play and competition, there is quite a bit of reliance on players to self-assess and self-adjust.  Scheduling individual sessions with a coach outside of practice is a common and encouraged tactic in college tennis, but doing so can present an additional time management consideration.

Dealing with the Unknown and Unplanned: Other challenging factors noted by some of the players are the role of doubles and management of injury.  As a significant change from the norms of junior tennis, incoming players were expected to spend a significant amount of time on doubles play and strategy.  This caused some discomfort or anxiety for players who were not used to that and desired more individual work on singles play. Also, for players going into the college tennis transition with injury, the tennis training was worrisome.  As with needing to manage one’s own technical game, injured players also faced time management issues. Scheduling visits with athletic trainers or PT specialists, in addition to attending practices and matches, added a layer of time and effort.

PART 3 Preview:  The next installment of this series will highlight the specific roles college coaches and teammates play in transitioning new players into college.  Additionally, specific advice is shared from the first-year college students to players who are getting ready to embark on their own college and college tennis journeys.  Don’t miss it!

The Transition to College – Part 1

The Transition to College – Part 3
Scroll to top